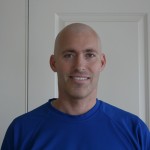 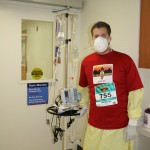 In response to the Salt Lake City Marathon requesting submission of inspiring stories related to their marathon, I submitted my marathon battle story with Burkitt’s Lymphoma.

Just weeks before the 2011 Salt Lake City Marathon, which would have been my first marathon, I was diagnosed with Stage IV Burkitt’s Lymphoma, a non-Hodgkin’s Lymphoma (http://burkittslymphomasociety.com/). The week after completing a 20 mile training run I went into the emergency room for abdominal pain (March 23, 2011). This form of cancer is very rare and spreads very aggressively, with tumors doubling in size within 24 hours, so my condition deteriorated very quickly. Within a week of being diagnosed I was admitted to the hospital in critical condition with my kidneys failing. I was in the hospital for about a total of 3 months. Treatment was extremely aggressive, often including 4 chemo treatments in a day and chemo treatments to the spinal fluid.

The 2011 marathon was during my first round of treatment. I was very sick and weak, but had made an effort to walk short laps around the nurse’s station each day. A couple of days before the race, a good friend was able to pick up my bib number and shirt. The morning of the race at 7 am (the same time the actual race started) I started my “own marathon” of completing 26 laps in the hospital hallway pulling my IV and chemo cart by my side, and wearing my race shirt and bib along with my hospital gear (gown, mask, and gloves). Although 26 laps was the equivalent of about 2 miles, given how sick I was it took the entire day with several intervals of walking to complete the full 26 laps. I finished the last lap in the dark hospital hallway at about 10 pm. My marathon of 26 laps and the marathon of battling cancer turned out to be a bigger challenge than completing the actual 26.2 mile marathon.

After the first round of treatments as my body responded to chemotherapy I continued to walk everyday in the hospital (3-6 miles per day). Even though I wasn’t able to compete in the 2011 marathon, I attribute the training for this race as a big factor in saving my life. This conditioning gave strength and mental determination to battle the real marathon.

Today, I am miraculously free of cancer and have been spared many of the side effects of such aggressive treatments. After completing the marathon for my life, one year later I’m ready to complete my first 26.2 mile 2012 Salt Lake City Marathon.

I finished the race!  One of local TV stations (KSL) did a spot on Sports Beat Saturday.  Probably the only time in my life I’ll make the sports section of the news.  The local newspaper also ran a story. http://www.deseretnews.com/m/article/765570067

The reporter put together a Youtube extended version of the clip used on KSL’s Sports Beat Saturday.

I had developed a knee injury during one of the longer training runs leading up to the marathon, which was causing some severe pain while running.  To be on the safe side I went to an orthopedic doctor last Thursday to have my knee checked out.  The doctor gave me the green light to run.  The knee pain was from the IT Band.  I was told that running with the pain would not cause any damage, but would just be painful and I would just have to endure it.

My knee hurt from the very start of the race.  Despite the pain I felt that I was able to keep a good pace and run with the main flow of runners up to mile 5.  From miles 5 to 13 the knee pain was extremely intense.  As a result I needed to walk long segments with short periods of running.  At mile 13 the pain went numb and I was able to mentally block it out.  I was able to push through and run almost the entire 2nd half of the race at about a 10 minute mile pace.  The last half of the race I was rarely passed, but ended up passing a lot of other runners.  My final time (from my GPS watch) was 5 hours 15 minutes with an overall pace of about 12 minutes/mile.  I placed 834 out of about 1,500 that entered the marathon.

As I was running and mentally dealing with the pain I was thinking how there is nothing like cancer and chemo to prepare one to cope with the pain of an endurance race.  A marathon is mentally and physically challenging, but is nowhere as challenging as fighting cancer!  By surviving cancer (also applies to our families and loved ones) we are tougher and stronger!  As cancer survivors we can accomplish great things!