Peter Saint John’s perspective on life, love, friends and his family was inspiring through his journey with Burkitt’s Lymphoma.  Many drew strength from his faith and chuckles from his particular brand of humor; which was most poignant after his doctors told him his cancer would be terminal.  This collection of facebook stat

Peter Saint John’s perspective on life, love, friends and his family was inspiring through his journey with Burkitt’s Lymphoma.  Many drew strength from his faith and chuckles from his particular brand of humor; which was most poignant after his doctors told him his cancer would be terminal.  This collection of facebook status updates allows Peter to tell his story in his own voice—from the day shared his final prognosis until his last.  Those who were in his life are forever blessed by his presence in theirs and grateful for a platform to share his story.

I’m about to make a public post now with my status, but just want to make sure you all know that this looks like the time God has chosen for me. So I’m only asking the doctors for just one to two weeks to see and be with each of you with all my main functions in-tact. I’ll ask Jesus for the miracle.

Hi everyone- I’ve got an update for you, unfortunately based on bad news. It turns out the first chemo treatment I took after remission didn’t have the great effect they initially thought, and the cancer is just attacking my brain and spinal cord unabated. Which means that three days ago I lost control of my vocal chords and cannot speak very well, or eat too well. So, I’ve asked the doctors for a plan that will give me a week of the best functionality possible so I can see my friends and speak with them, and then let the pieces fall where they may after that. They are on board with my plan, and we just hope this last dose of chemo (possibly radiation) gives me as much relief as possible, for as long as possible. I’m hoping for a week of strength, but I might only get a few days of the same. In any case, I want to spend it with my family and friends, and express how much you all mean to me and will continue to mean to me. I love all of you guys. I really do. And I thank you for all the great support you’ve given me so far. I just hope I can do it in person.

The fam is rollin’ in! 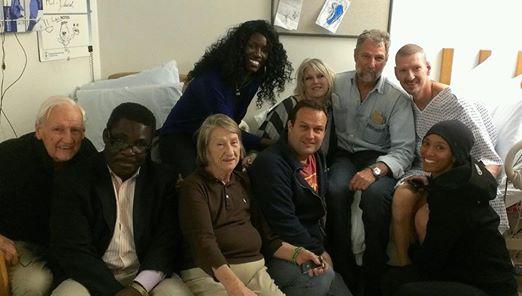 A visit from our wonderful friends, Al & Lauren! 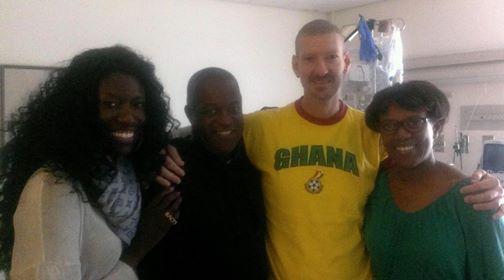 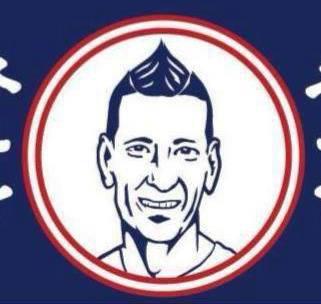 Designed by Peter’s friend, David Deasy.  The Mohawk Man has been the symbol of Peter’s fight.

Facebook farm: sorry for the delinquency lately… I’ve had seventeen family members come in to support me, with more arriving on the daily! But I’m doing good. God has given me time to spend with family and friends, and has also given me back my kingdom, which is the greatest gift I could ever get. And it doesn’t matter for how long… I feel so complete. So whole. So right. So this kid is doing just fine! Look forward to trying to get to see more of you this week. I’ll update with pictures over the next few days. And to those of you who are posting pics and changing your profile pics for me, I can’t tell you how much that means to me. Thank you 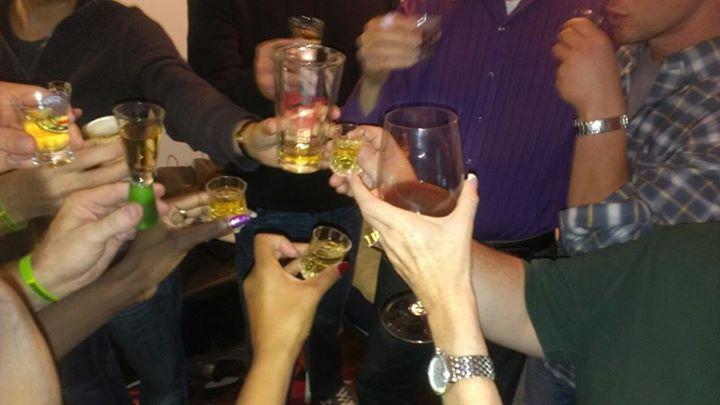 A shot of “the good stuff” to celebrate life. 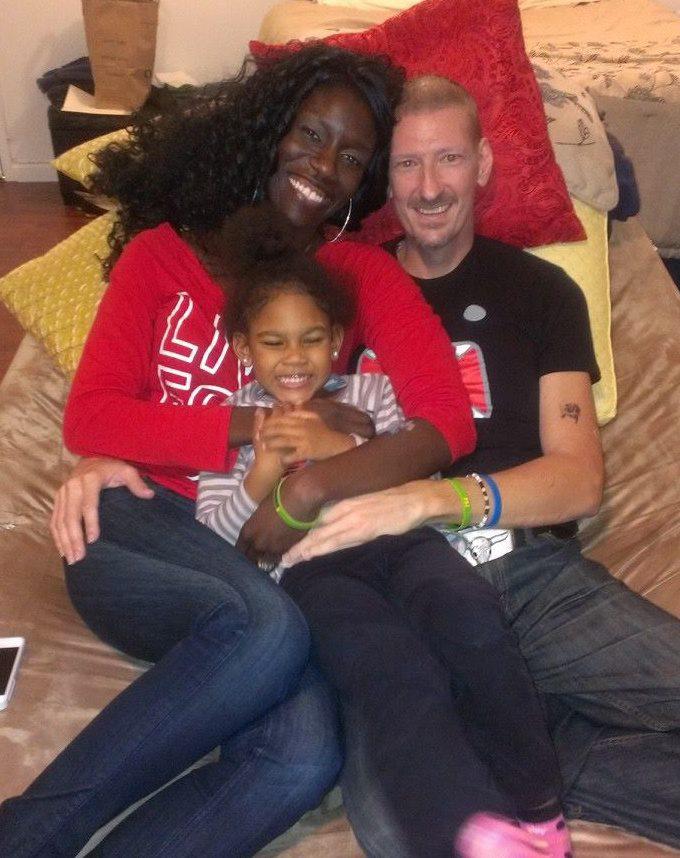 Family: I have the best news; for those that haven’t already heard, seen, deciphered, or otherwise know but… Bozoma and I have completely re-committed ourselves to each other! Of all the gifts or miracles I could have gotten, this is by far the greatest. I’ve got my bride back. My family. My kingdom. The one God gave to me ten years ago. And it feels incredible. And I don’t care for how long–I’ve got it. And its in no small part because of YOU! All of you. You kept your hearts open, all came up here and surrounded her with your open arms and your love, and your support for her and Lael, and your promises of keeping that bond in-tact. All that along with the off-color jokes, and your funny lovable Saint John ways. Which is what Saint John’s do! When it comes to rallying, there is no klan out there better than us. So from the bottom of my heart, I thank you, thank you, thank you. I love you all.

October 29, 2013: Post on Peter’s Wall Sometimes, the smallest things are the grandest. Boz and I recreating our wedding. Some post-prayer libations were poured from the very bottle from our wedding 10 years ago. Then we fed each other cake, thanks to a Hostess cupcake twin-pack. And true to form, we smushed it into each other’s faces. And ended it with a perfect kiss! 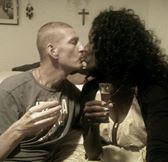 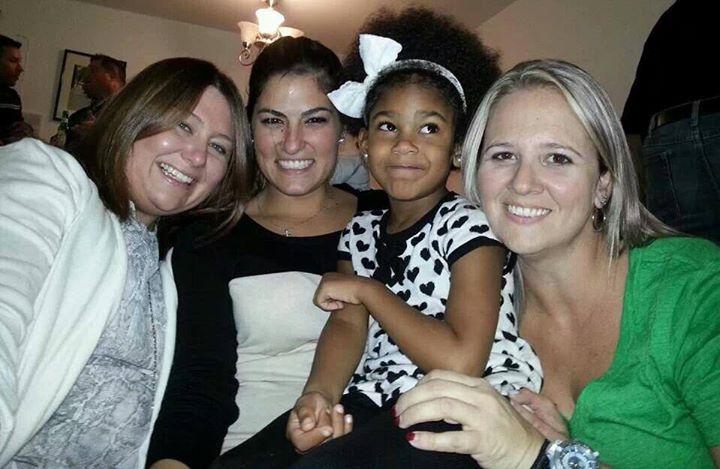 Pics from last night. So thankful I could be a party of it. It was semi-controlled chaos! Love my Edgewater fam! 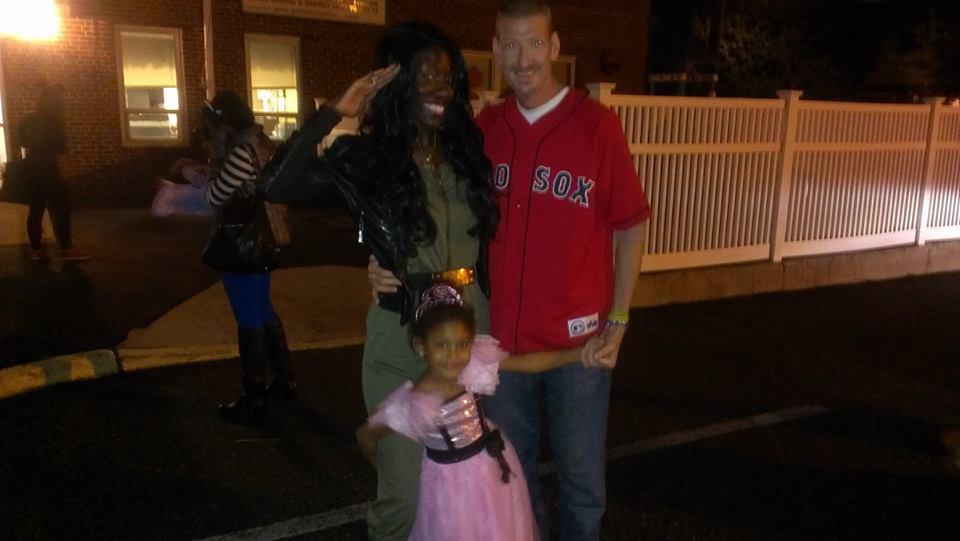 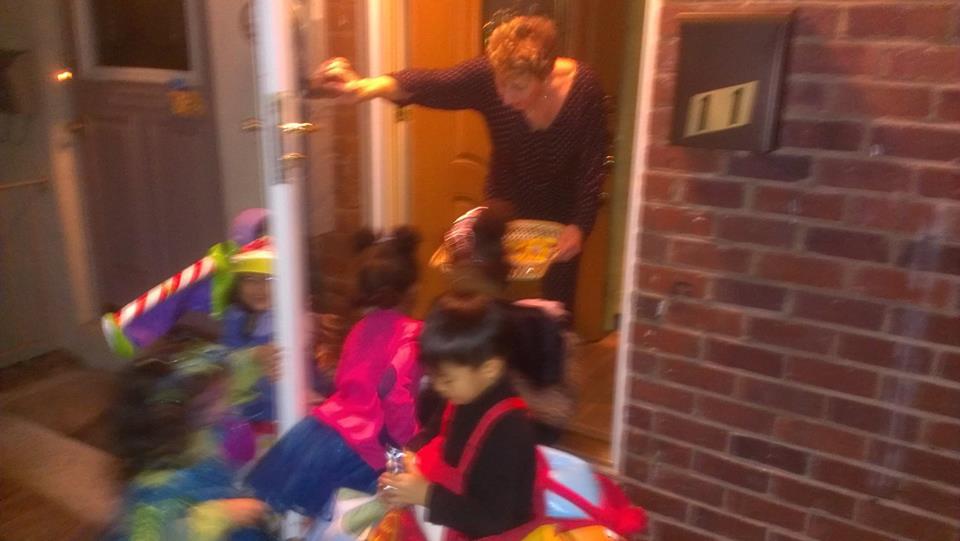 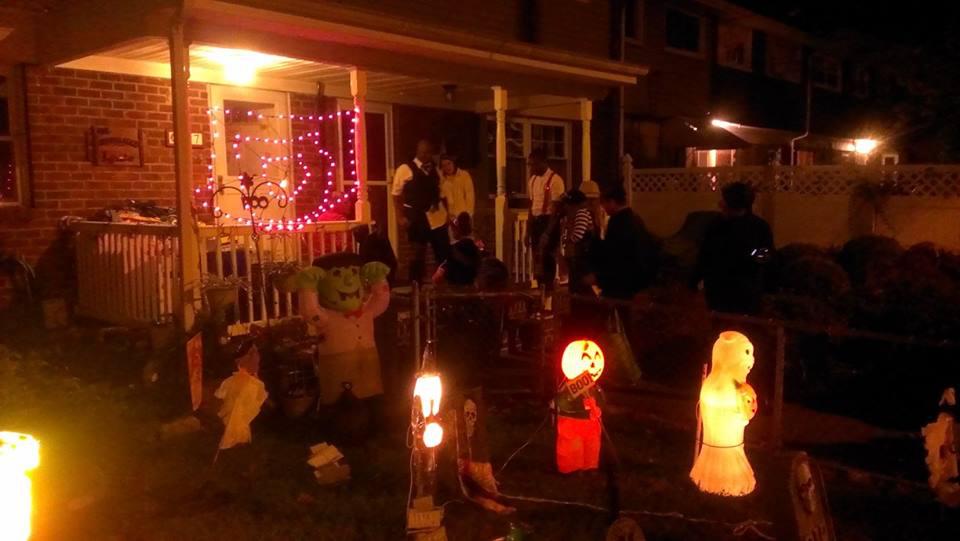 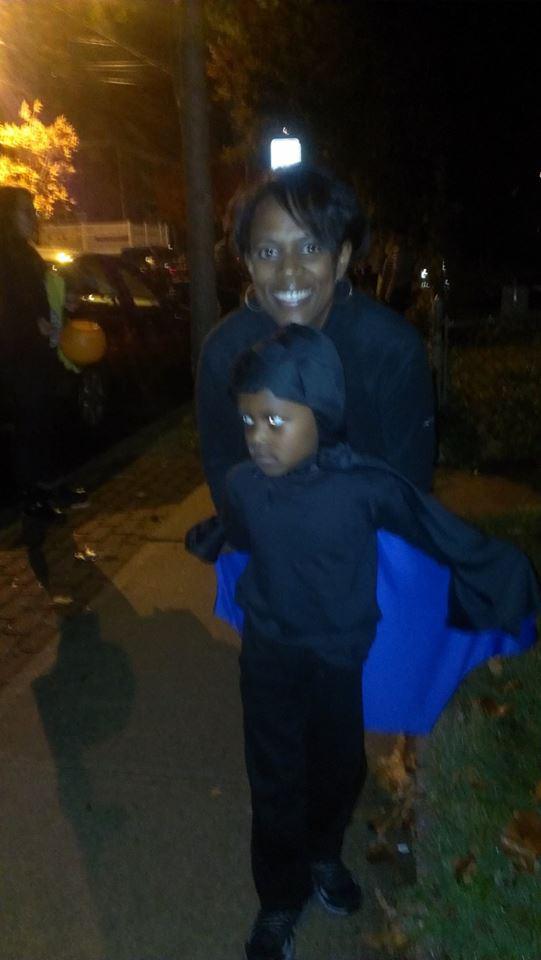 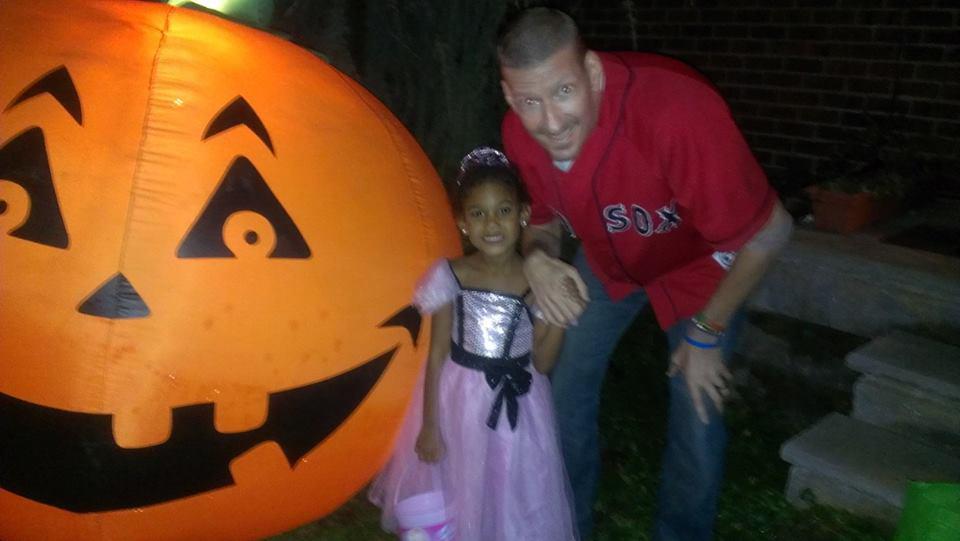 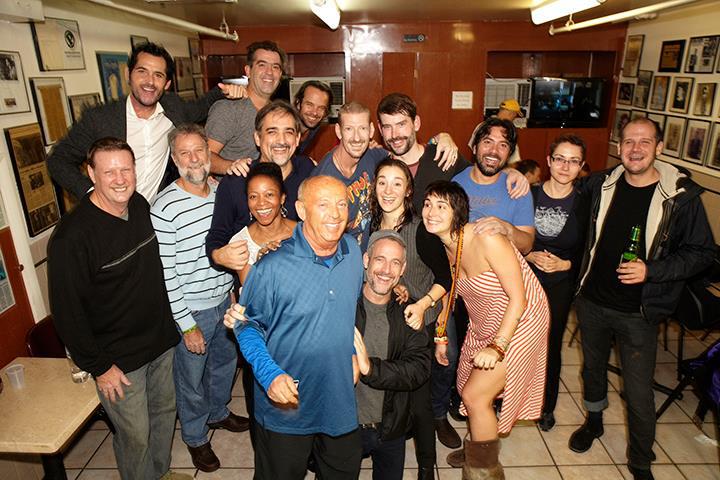 Peter described this as THE BEST WEDNESDAY EVER!  After going to the Baths and enjoying Korean BBQ with friends.

Lael taking our picture. And after art directing the shot for three minutes, “get your heads closer!’ Her shot was pretty good. 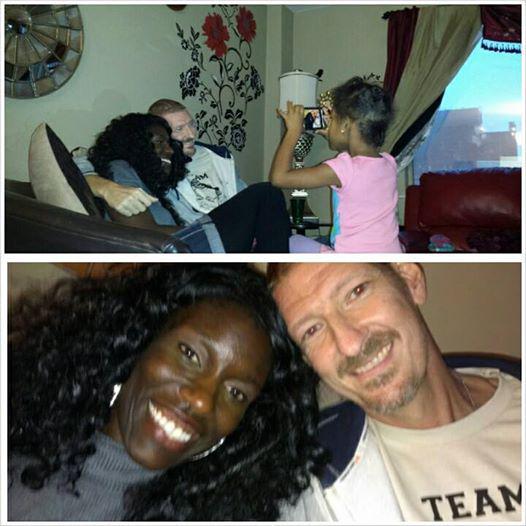 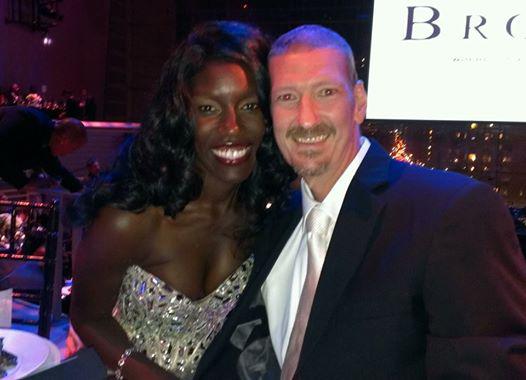 About to go with Boz to a high-class function! She’s being recognized by Ebony Magazine as one of the post powerful people in music

November 4, 2013: Post on Peter’s Wall What a fabulous date night with my bride! Incredible! Congrats Boz, you deserve it.

Hey guys! Look what I found!! 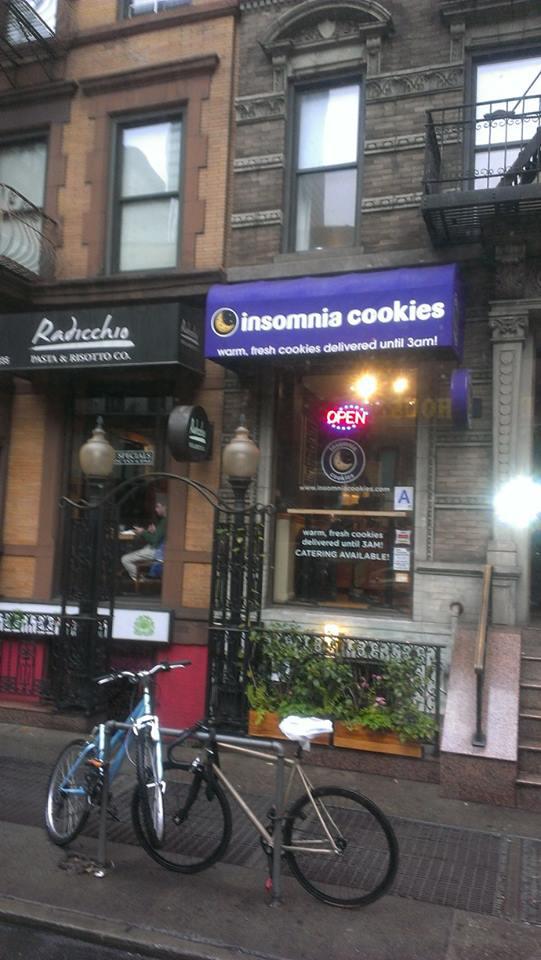 A picture of the store where Peter’s office ordered cookies; to which the extended Saint John family instantly became addicted.

Okay guys, we’re doing good. I finished my 12th and last radiation treatment on Friday. Had a kidney sonogram which showed that the damage has been repaired. And my blood counts looked good. So I was admitted Friday afternoon, and got my next dose of chemo at midnight. So I’m back on the chemo warpath! My blood counts from this morning look great–all the way across the board. So despite being incredibly weak and fatigued, my body is fine. I just have to rest and let my body recover, and not worry about what I can’t do– I’ve got that as my frame of mind now, so I’m just going to be taking it easy. I should be out of the hospital on Sunday afternoon. I’ll be getting another MRI in a week or two to check improvement from the first one–I’ll let you know when that happens. And for those that don’t know, I’m moving into Boz’s place in the city. Yay!!! We are packing my apartment up, and I’ll end my lease at the end of November. We’ve got an army of volunteers to help us move next Saturday, with David coming down to keep everything going and packing the storage space. Thanks for all the support, love and prayers y’all. I love you!!!

November 10, 2013: Post on Peter’s Wall To celebrate our November 9 Engagement Anniversary, we did it all over again! (And yes, knowing I’d be in the hospital this weekend, we took these photos last week!) 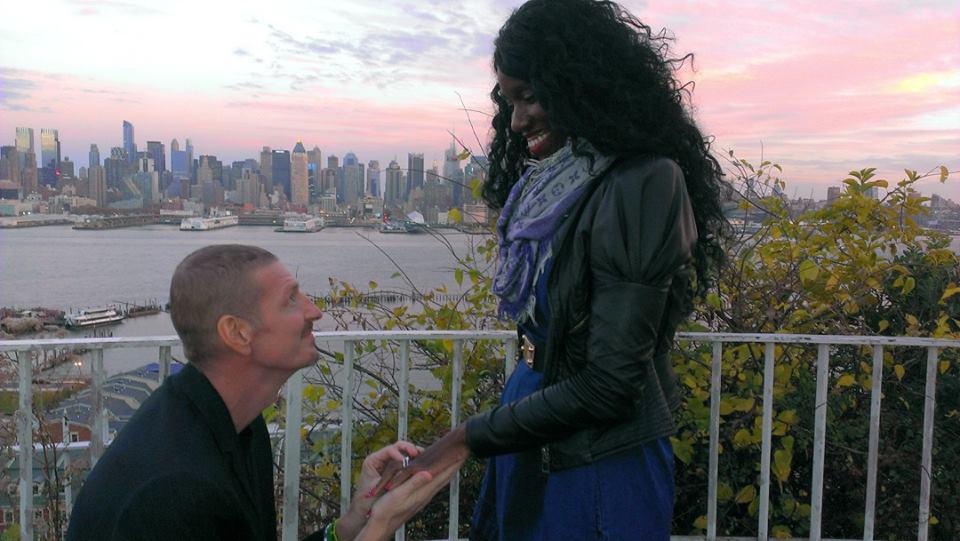 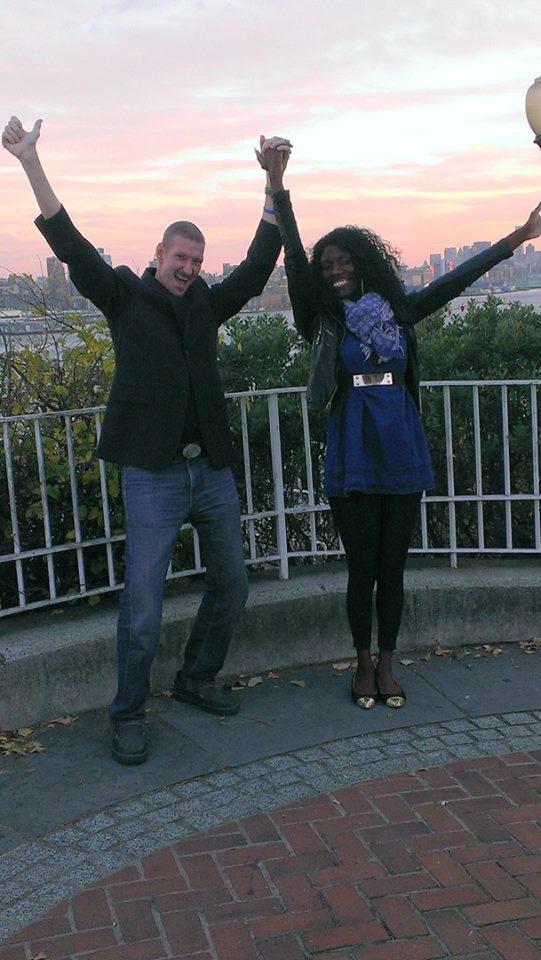 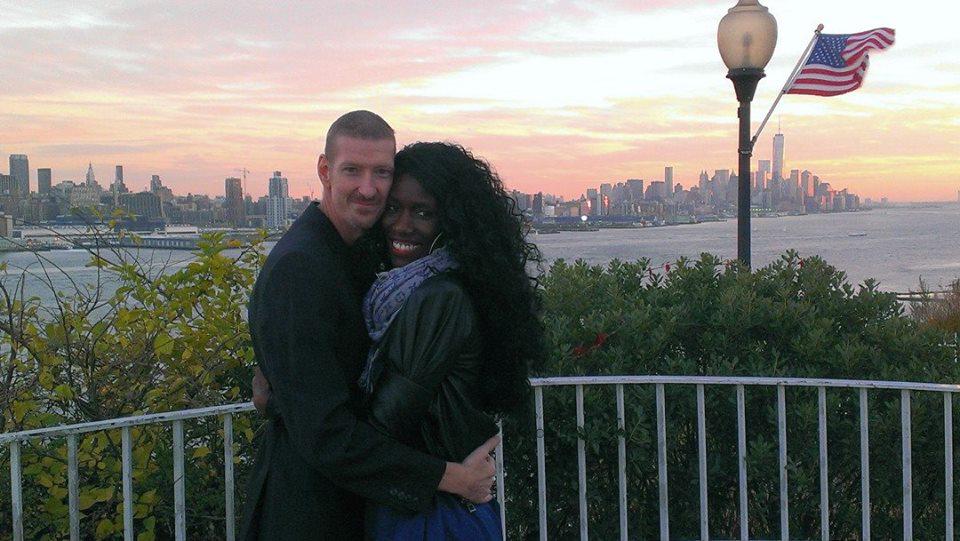 Getting ready for tonight’s game with my punkin’! 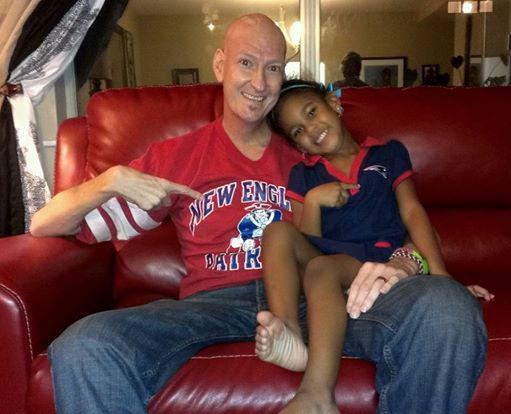 Hi fam, just a quick update for you all. I’m working on getting my platelets back up for another round of chemo. So I’ll go for another blood test tomorrow and possibly get another platelet transfusion. I then have MRI scans next Monday and Tuesday. Then if my platelets are high enough, I’ll get chemo that Saturday after Thanksgiving. The only bad news is that the tingling and numbness in my feet, toes, and perineum (look that one up–I’m not explaining it! lol) has spread quite a bit to my ankles, hands and lower back, and had made me weaker. Dr. Noy wrote me a Rx for something that will reduce it a bit. But I have to just battle through it while we work on the cancer. I’m still going to beat this damn thing people! Love you all. Thanks for all the incredible support, and keep those prayers coming!

Dropping Lael off at her new school in the city! 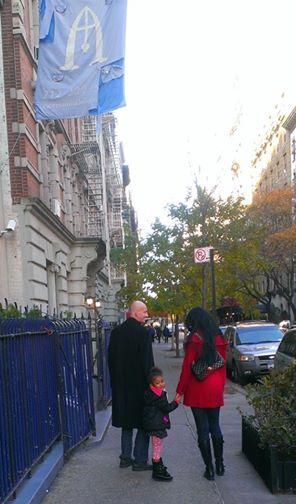 Hey people, Happy Thanksgiving! Thanks for your continued facebook and text messages. I wish I could respond, but unfortunately my hands and fingers are no longer cooperating. Keep sending prayers and love this way…I can feel it! — at Memorial Sloan-Kettering Cancer Center.

Family and Friends, Early this morning, Peter passed away peacefully surrounded by love. We can’t thank you enough for the incredible outpouring of support and prayers throughout this journey. Your messages have meant so much to Peter and to all of us.

Family and Friends, We will be celebrating Peter’s amazing life on the eve of his 44th birthday. The Memorial Mass will be held at Saint Jean Baptiste Catholic Church, 184 E. 76th Street, New York, NY on Saturday December 14, 2013. The service will start at 7pm. We will continue celebrating Peter’s life with a birthday party following the memorial. We thank you for your prayers, kind words and thoughts. In lieu of flowers, please consider donations to help us place a bench in Central Park, as Peter wished.   Please visit www.youcaring.com/PSJinthepark  for details. 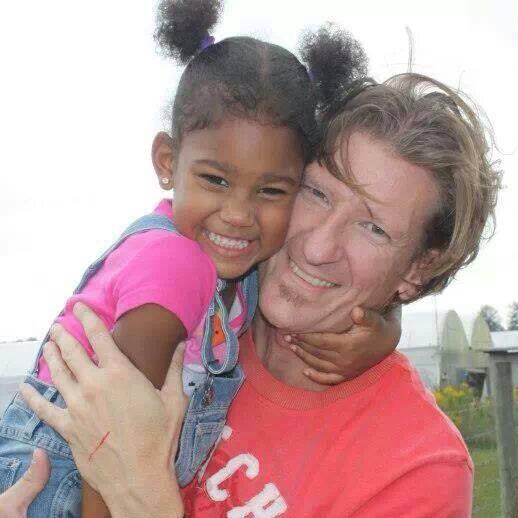