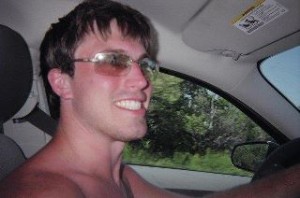 I would like to tell this (condensed) story of a young man who loved life and then got Burkitts Lymphoma. Tim Paul was 25 years old in 2010 when he started to get symptoms. He always had a great deal of energy. Tim had played ice hockey. He was in four adult leagues, including deck hockey. He went snowboarding every winter. He was certified in scuba diving. Tim had just completed the 1st level for USA Hockeys Coaching Education Program. He wanted to work with kids. Tim was a mechanical engineer and was to begin his classes for a masters degree in engineering management. He was doing all these things while working a full time job and remodeling his house he had just bought. Tim had a wonderful girlfriend Amy and alot of great friends. I believe the headaches and night sweats started in January of 2010. Sometime in February he started to have swelling in his abdomen and felt a swollen lympnode in his groin. Tim had asked my husband “how did you know if you had cancer” (my husband has non-hodgkins lymphoma)? Tim looked ok but I just knew something was wrong. Alarmed by his symptoms, I wanted him to go to our primary care doctor to get checked out. When tim called for an appointment in February the office staff said they were not taking any new patients:( He found another Dr office and got an appointment in march. I hope all who read this realize with BL time is ticking away!! When i talked with tim after the app, the Dr had told him there was nothing to worry about. They did no blood work or tests!!!then the doctor gave Tim a tetanus shot !! About ten days later Tim could barely walk and his jaw caused him great pain. He was taken to the hospital. There he was dx with non-hodgkins lymphoma and started on r-chop. after a week we switched him to another hosp where my husband was being treated. There we were told that tim had stage 4 burkitts lymphoma. He started treatment with hyper-c-vad and radiation in July. by september BL had continued to spread, and was growing faster. tim tried to stay upbeat but it was dificult and the long hosp stays were hard on him because of the severe back pain( yes we asked for better mattresses-no we did not get any). Doctors decided to go for a stem cell transplant . by october his spleen rupured and about two weeks later he had emerg surgery for a tumor on the base of his skull. Tim passed away October 28,2010. We were told he had the most aggressive BL they had ever seen. Have no clue how he got it ! loved ones lost a great person and good friend. It is so important to insist on getting lympnodes checked out. Only a small % of people will ever get BL but its’ easier to fight if it is caught early. And there is the problem with most likely all cancers, is how do you catch them early? Think of all the money that goes to research $$$$$$ People who are diagnosed with BL have very different outcomes. Few people have even heard of it. One of the last things my son Tim Paul said to me , was that he had a full life. I miss his laughter very much , and the way he enjoyed life. For those who have BL-keep fighting. For those who are working on finding a cure- keep searching. Cancer is a bitch!

One thought on “Tim Paul”